More than just a Support Class

The competitors at the Autodrome Granby, Cornwall Motor Speedway, Brockville Ontario Speedway, and Brighton Speedway, just to mention a few local tracks, have brought a real sense of pride to the division. The days of the old beat-up four-cylinder car with a misfit of a paint job are gone.

Today you will see cars that are well-groomed and tricked out to what the class will allow, which leaves most of the chance to win in the driver’s abilities. That’s where this class really shines. There are many good drivers within this division,  providing fans with some really good racing action week after week.

The Mini Stock division has a limited engine size, either a 4-, 5- or 6-cylinder engine with a maximum of 3,000 cc. Turbochargers are not permitted. The engine must match the chassis manufacture with no modifications to the chassis or engine mounting. All engines must be stock in all aspects except for the exhaust, where headers are permitted. Ignition systems must also remain in stock configuration.

To be competitive, some teams will disable the engine, giving it a once-over cleaning, checking the heads and valves, plus installing a new timing belt and new gaskets and seals. All of this is in the hope of getting the much-needed edge in this highly competitive class.

One of the most important elements of the class is to have a great set-up for the car in the first place. I asked James Clarke his perspective on which cars work best. “Currently we’re running a 2000 Honda Prelude 2.2-liter VTEK. I would say five years ago the Ford Probe and Mazda MX6 would have been the cars you wanted. As time evolved, more people started experimenting with different makes and models. I would say today the MX6 and Probes are still very strong cars, but Hondas are definitely starting to take over this division.”

As I said earlier, gone are the days of dragging the old jalopy to the track to race. Nowadays it’s way more competitive. Cars get worked on each week before race day and come to the track looking and running as a true race car.

But this is all for nothing if it was not for the dedicated drivers and teams who have stepped up to move this class forward.

One of the most dedicated and new rising stars is James Clarke, a 29-year-old, second-year racer from Vankleek Hill, Ontario. Clarke got the racing bug from watching his uncle race rallycross. James explains: “I remember standing beside one of his trophies when I was three or four and the trophy was taller than I was. I knew that one day I wanted a race car of my own. It took a little while as I started racing just two years ago at the age of 28. “

This year saw James pick up three wins between Cornwall Motor Speedway and Brockville Speedway and he was a strong force in the Mini Stock division at both tracks.

Another talented driver in the Mini Stock ranks and current Cornwall Motor Speedway Track champion is Justin Jodoin. He is also dedicated to winning at all costs. Justin spends hours like most in the class striving for that extra edge each week.

Justin started racing back in 2010 in the Mini Stock division at the Cornwall Motor Speedway, but then too a few years off to help his friend Dan Desnoyers in the Pro- Stock division. During his time off from racing his Mini Stock, he also raced in the tractor class at the Cornwall Kart track which further honed his driving skills.

All that hard work paid off in 2019. With consistency along with four feature wins, Justin took home the 2019 Cornwall Motor Speedway track championship. In 2020 it was a bit tougher as there were no real schedules to play by due to COVID-19 and his final results in 2020 were a bit disappointing. Justin explains: “We had a rough start to the season but in the end, we got the car where it needed for good results. It’s all about the setup and what engine you have.  Hondas have been fast and most if not all the top runners have the GSR.” Justin, however, will be a bit more fortunate in 2021, as he will have a spare car at his disposal, once again stepping up his game plan, hopefully bringing some good results.

Another driver that I have gotten to know over the past few years is Alexis Charbonneau. This young driver from Saint-Hubert, Quebec, has been racing for 10 years now and has really molded into one of the best drivers in the Mini Stock division.

Alexis is a second-generation racer who followed in his dad’s footsteps. His father used to race in the 4-cylinder division at Autodrome St-Eustache. For Alexis, 2020 was a dream season for the veteran driver who took home the Sports Compact championship at the Autodrome Granby, something he has been dreaming of for the last number of years.

Alexis, like other top drivers, works hard on the car each week to keep it in good race order as the compaction as I said is very tough in this class, but this young racer is definitely one to watch in the coming season.

Without a doubt, this division is becoming more and more technical, squeezing every ounce of speed and driver setup possible. One of the most experienced builders/drivers in this class is Richard Leblanc.

Richard has been around racing most of his life and remembers as a young boy going with his dad to the now-closed MJRT Speedway. By the age of 17, Richard had built his own derby car and this is basically where things really took hold for his future in racing. From that point on, Richard began building and racing his own cars for the Mini Stock division.

A welder by trade, Richard would do all the fabrication, which is a lot more difficult than people think as the cage these days are very well built. Richard also acquired all the mechanical skills needed to rebuild the engines to set up for the suspension, which all have to remain stock parts.

To date, Richard has built well over 15 cars for fellow racers as part of his business, his specialty being in roll cages and wiring systems, but he can fabricate an entire car. Once the work is completed, Richard will show up at the track to see how the cars are working and to give the final touches needed to possibly get the car into victory lane.

Richard explains: « Every single car I work on, I watch on the track. I can tell what the car needs, and I adjust with the drivers depending on what they want. I pride myself on making each and everyone built the safest and the strongest possible. After all, that said and done, the racetrack is a family. I make friends, we go through wins and losses together but we all look towards the same goal; taking the green and get that checkered flag!”

Richard went on to explain: “A good healthy motor is a must but to me, the setup is the underdog. You can have the best engine, but if your car doesn’t hold and turn properly, you will be losing grip, traction, and positions.”

These examples are just a few of the top-notch drivers and teams who compete weekly across Canada and the United States.

The Mini Stock division is no longer just a supporting class, it has some well-funded teams, with some very dedicated drivers and mechanics that work hard each and every week to get the next win just like the big guys do. It’s high time this division gets the recognition and respect it deserves as this one class puts on some of the best racing action you will see anywhere.

They have stepped up their game at the track along with paying the same fees as some of the biggest stars of our sport and it is time they get their chance to race at Super Dirt Week as I am sure this class will give fans one hell of a good race! 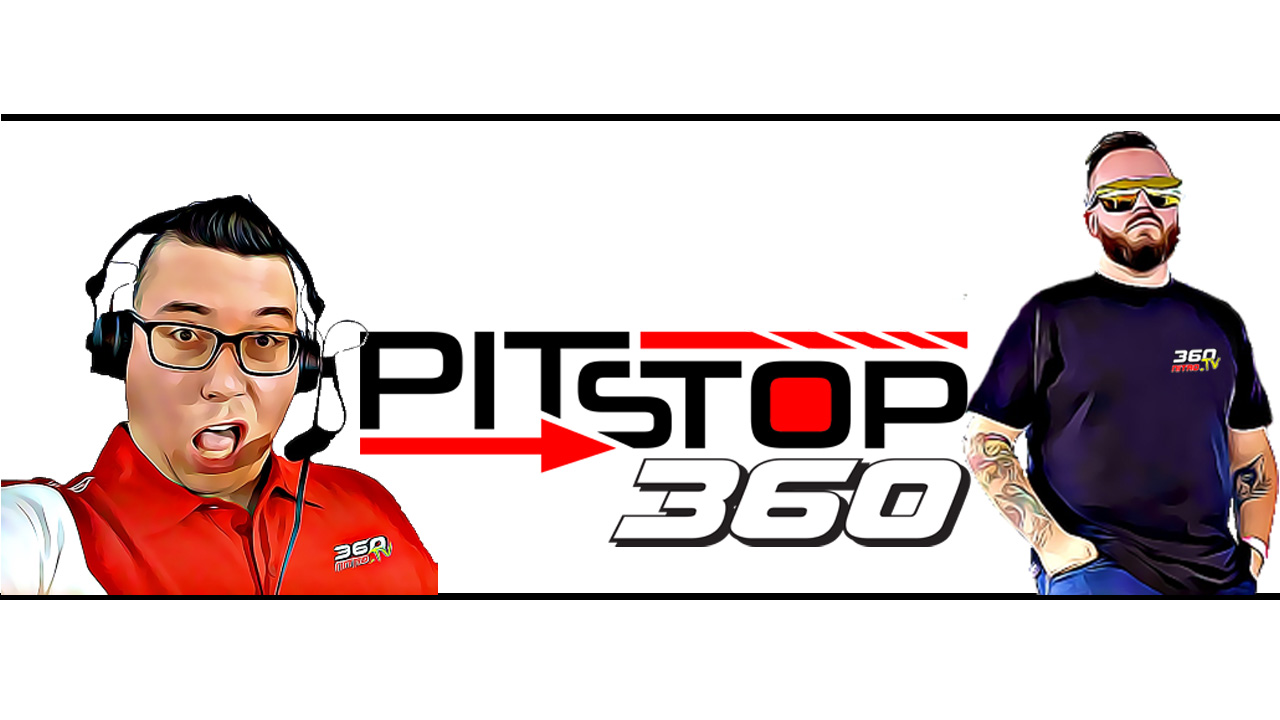 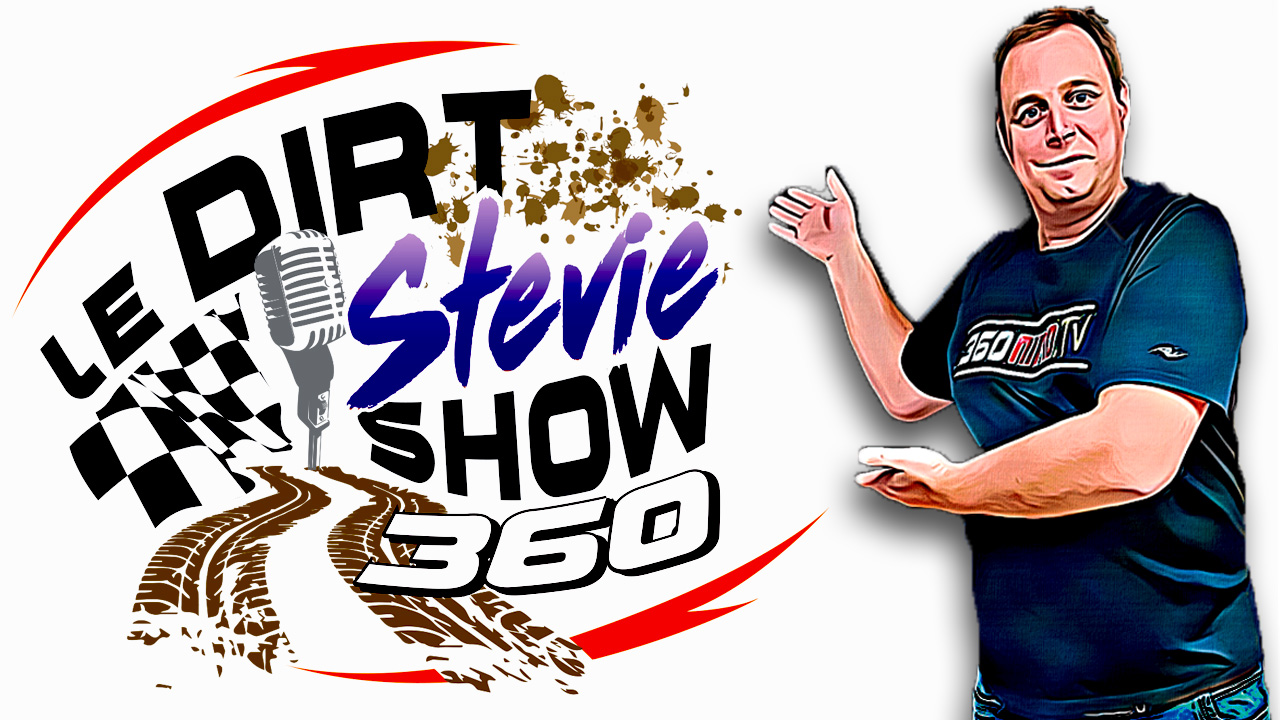